By: Sabrina Snyder from dinnerthendessert.com 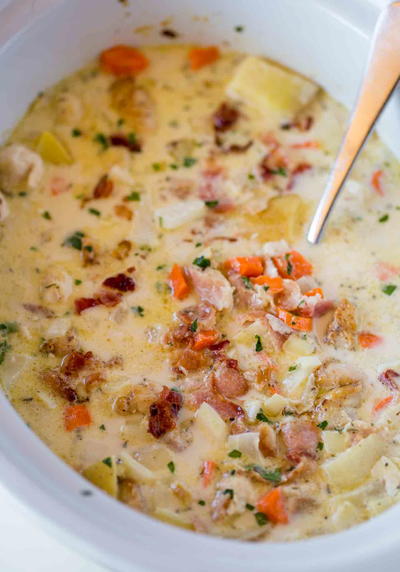 "Slow Cooker Bacon Chicken Chowder cooks low and slow all day long for a hearty, easy rich chowder with buttery potatoes and lots of bacon. Slow Cooker Bacon Chicken Chowder is a dish that is deceptively easy and rich. Aside from crumbled bacon theres no precooking involved either!We’re a huge fan of soups during the cold wintery months (ok ok, it isn’t that cold in California but I reserve the right to feel like this kid from the Campbell’s Soup snowman ad). One of my favorite things about soups is cooking them low and slow. I think we’re so used to fast meals done in 30 minutes sometimes you forget the great flavors that come from simmering something on the stove. Except no one has time for that! Especially not during the holidays." 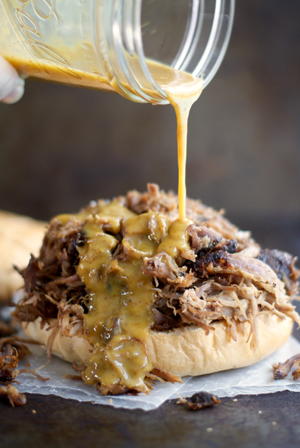 This amazing recipe for Award Winning Honey Mustard Pulled Pork is a party for your taste buds. This easy Southern recipe makes the… See more