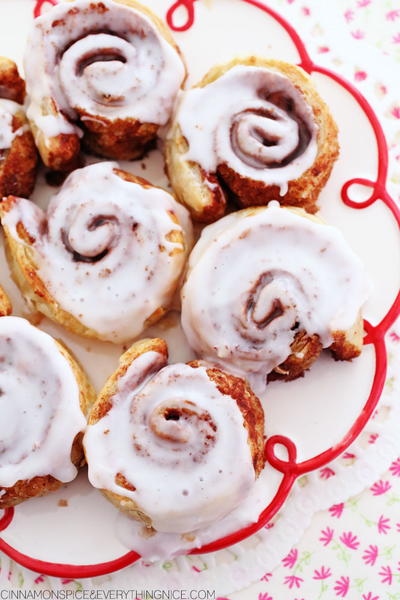 Everyone loves homemade cinnamon rolls, but they can be time consuming to make. This Shortcut Cinnamon Roll Recipe lets you enjoy the delicious taste of cinnamon rolls with very little work. To make this incredibly delicious recipe, unroll puff pastry and spread melted butter on top. Brown sugar and butter are sprinkled on top before the dough is rolled up and cut into slices. While the rolls are baking, whip up a simple glaze. You won't believe how amazing these cinnamon rolls taste! No one would ever guess that these cinnamon rolls are made from store-bought puff pastry dough.

I absolutely love cinnamon rolls. I might have to try this recipe this weekend. Since you use puff pastry, they sound easy peasy!

I can't believe you just have to put some cinnamon sugar and butter on puff pastry to make these! Definitely trying these this weekend. 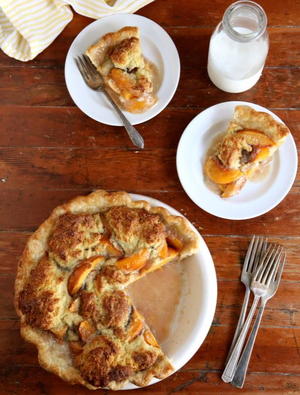 Cant decide between a peach cobbler and a peach pie? This recipe for Peach Cobbler Pie is your solution! This recipe is a mash up of… See more