By: Paula from Call Me PMc 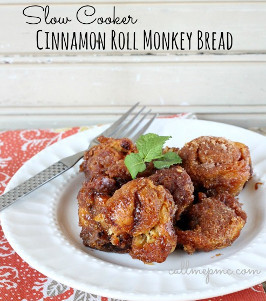 You can easily make this Cinnamon Roll Monkey Bread for a weekday or weekend breakfast, but it would also make a great breakfast on Thanksgiving or Christmas. An added bonus of this recipe is that it only calls for five ingredients. To make this cinnamon roll recipe, simply stuff store-bought crescent rolls with cinnamon rolls. The crescents are then cut into pieces and dipped into butter and cinnamon sugar. The best thing about this monkey bread recipe is that your slow cooker does all of the work for you. 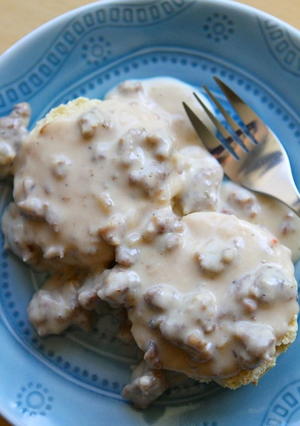