By: Lana Stuart from Lana's Cooking 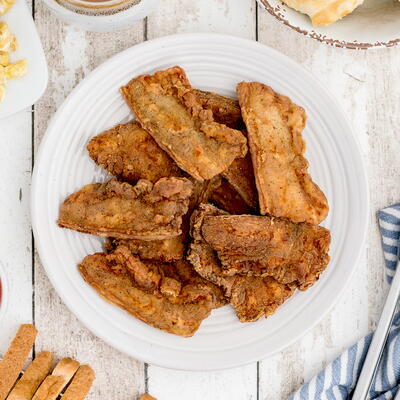 "Somewhere between bacon and lard, you’ll find Streak o’ Lean. It has a long and varied history in traditional southern foodways having been used for everything from seasoning to rendering for fat. This recipe showcases it on its own, dredged in flour and fried. One of the tastiest recipes from the south! You’ll hear it called various things depending on what part of the south you’re from. In my area, it’s mostly streak-o-lean (Streak of Lean). Some folks run that all together it comes out sounding like “stricklin.” It’s also called fatback, side meat, white meat, and just plain salt pork. You can think of Streak o’ Lean as kind of the opposite of bacon. Where bacon is smoked and has a streak of fat among the lean meat, streak o’ lean is salt cured and has a lean streak among the fat. It’s salt pork that has been elevated by coating it in flour and pan frying." 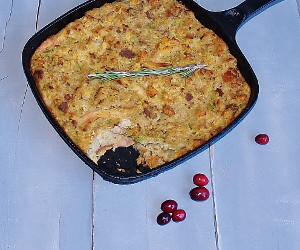 If you have always wanted to learn how to make stuffing just like your grandma used to, then this recipe for Nana's Southern Chicken… See more