The makers of Ginsu date back 90 years as the manufacturer of the “Sharpest Knives on the Market”.Originally branded by direct-response pioneers Ed Valenti and Bary Becher, the “amazing” Ginsu knife became known to millions of television viewers in the USA through our iconic television advertisements in the 1970s. The first Ginsu commercials began with a dramatic voice over and touted it could “cut through a nail, a tin can, and a radiator hose and still cut a tomato paper thin,” touting the knives’ ability to stay razor sharp even after having been put to the test. Asked “How much would you pay? Don’t answer!”, viewers were urged to “Call now! Operators are standing by!” and included the signature line “But wait! There's more!”. In the process they established the formula for the modern infomercial and led to being called “the pitch of all pitches” by Syracuse University. The style of the ads included many elements of the modern infomercial and has been heralded and heckled by the likes of David Letterman, Gallagher, Johnny Carson and Dan Akroyd. The Ginsu knives became so successful that it is still one of the most well-known and well-loved consumer products in history. 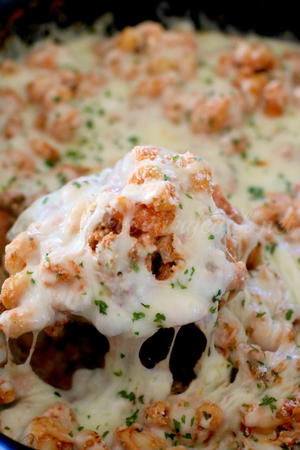 If you like easy recipes for pasta, then you will love this Slow Cooker Million Dollar Pasta. This easy recipe is made with ground… See more