How to Make Cornbread

Master the art of Southern cornbread with the help of our step-by-step instructions, tips from experts, and much more! 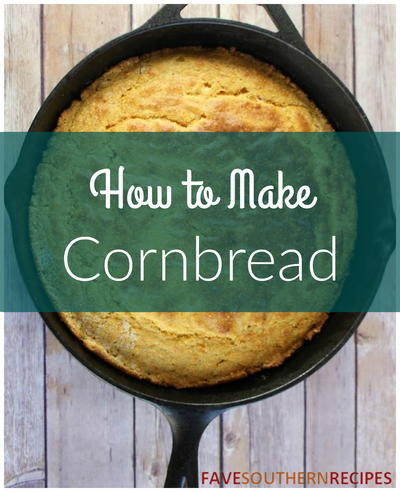 It is a truth universally acknowledged that every Southern cook should know how to make cornbread.

This guide for How to Make Cornbread will help teach you the basics of making Southern cornbread. Once you know the essentials of how to make cornbread, you will be able to make any cornbread recipe you want. Below you will find step-by-step instructions, expert tips and tricks, our favorite cornbread recipes, and more!

Even those who were not born in the South can benefit from knowing how to make a good batch of cornbread. Nothing beats the smell of fresh-baked cornbread, and a hearty slice of cornbread goes well with just about any meal.

If you've only ever made cornbread from a boxed mix, our helpful guide will make you an expert in no time! Soon you'll be including a pan of homemade cornbread with every meal.

For more delicious recipes for cornbread, check out our collection of 20 Easy Cornbread Recipes: The Best Southern Cooking Recipes for Cornbread 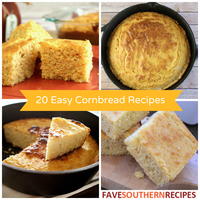 How to Make Cornbread

We asked the experts to share some of their cornbread-making secrets with us. Meet the experts and read their tips and tricks below!

Other Tips and Tricks for How to Make Cornbread

The most highly contested ingredients in Southern cornbread recipes are sugar and flour. While much of the dispute in rooted in family tradition – whether or not one’s grandmother used sugar or flour in her cornbread – the root cause of the dispute is the 20th century shift in the corn milling process.

In the 19th century, most farmers took their own field-ripened (or dried) corn to the local mill to have it ground into cornmeal. These mills used large millstone rollers that were usually water-powered. This method resulted in a course texture that maintained most of the corn’s flavor.

As larger milling companies began to take over the South in the early 1900s, they began using steel rollers because they were cheaper, and once the Great Depression hit, stone milling was all but phased out. While steel milling made more economic sense at the time, the process created a finer, or less course, cornmeal. Steel milling removes most of the corn kernel and also takes away a lot of the corn’s flavor. This process makes cornmeal less perishable, but it also makes it less nutritious. To produce high volumes of cornmeal, steel mills used unripe corn that was dried with air, rather than letting it dry naturally in the field as earlier farmers had done. This also created cornmeal that was less sweet than its stone ground counterpart.

Both of these changes prompted Southern cooks to make changes to their classic cornbread recipes, such as adding sugar and flour in response to the new, finer texture of cornmeal. The bottom line is, true Southern cornbread shouldn’t be made with flour or sugar, but unless you’re able to find authentic stone-ground cornmeal, these additions may be necessary in the modern era. However, it is now becoming easier to find old-fashioned stone-ground cornmeal at smaller mills, so if you’re able to find it, you’ll be well on your way to making authentic Southern cornbread. 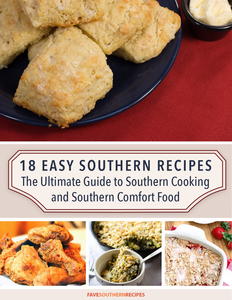 The fact about sugar and cornbread is really interesting. I'll confess I always just make mine out of the box, but this has me considering trying to make a homemade recipe. it looks super yummy. I have to eat gluten free, so cornbread is an awesome substitute for dinner rolls! 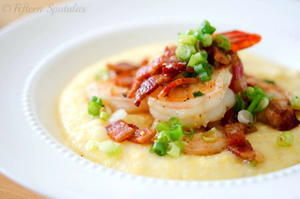