By: D from The Shady Porch 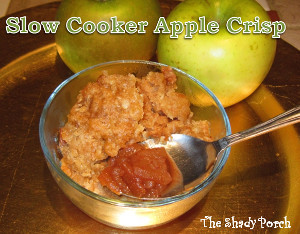 With this recipe for Slow Cooker Country Apple Crisp, you can come home to a sweet, fragrant dessert that is just begging to be gobbled up. To make this easy apple crisp recipe, sliced apples are combined with sugar, cinnamon, and nutmeg. The apples are then nestled in the slow cooker and topped with a tasty mixture of oats, brown sugar, and nuts. The entire crisp is topped with sliced butter before cooking in the slow cooker for several hours. Serve this warm and delicious crisp with whipped cream or ice cream for a real treat. 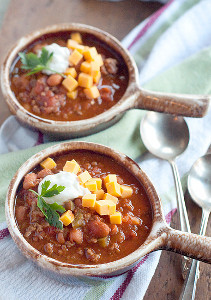 Not Texas Chili may not be an authentic Texas chili recipe, but it is just as tasty. This inauthentic chili is bound to become one of… See more