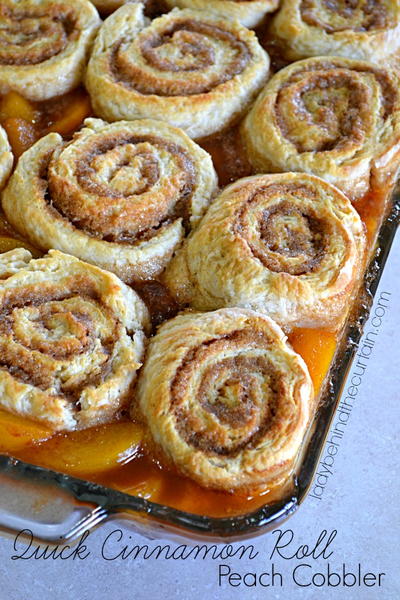 Cinnamon Roll-Topped Peach Cobbler is the dessert recipe of your dreams! This easy peach cobbler combines the Southern classic, peach cobbler, with the breakfast staple, cinnamon rolls. No one will be able to resist a scoop of this cinnamon spiced peach cobbler. While this recipe calls for a batch of homemade cinnamon rolls, store-bought rolls would make a great substitute if you're pressed for time. Canned peaches are briefly cooked with a mixture of brown sugar and cinnamon before the fruit is poured into a baking dish. Then, simply top the filling with the sliced cinnamon rolls and bake in the oven.

For even more great peach cobbler recipes, be sure to check out our collection of

My sister loves cinnamon rolls and peaches, so this would be the perfect recipe for her! 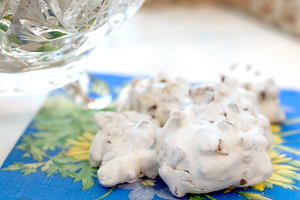