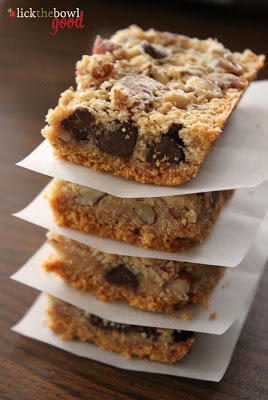 Derby Pie is a classic Southern dessert that is enjoyed around the time of the Kentucky Derby, but you can enjoy this recipe for Kentucky Derby Bars anytime you like. This shortcut derby pie recipe starts with a graham cracker crust that is then topped with a filling made from bourbon, sugar, butter, pecans, and chocolate chips before being baked in the oven. Serve these delicious Derby Day bars the next time you are watching the races and don't feel like making a whole pie.

History of the Kentucky Derby

While horse racing isn’t the most popular sport in the U.S., this doesn’t mean that it’s not well respected. The Kentucky Derby is a horse race that has run every consecutive year since its establishment in 1875. It is the first leg of the American Triple Crown along with the Preakness Stakes and the Belmont Stakes. A horse must win all three races to win the Triple Crown, which is a very rare and special occasion. The Kentucky Derby was established by Col. Meriwether Lewis Clark, Jr., the grandson of William Clark of the famous Lewis and Clark expedition. After attending the Derby in England and the Grand Prix de Paris in France, Clark decided to organize a Jockey Club in Louisville to raise money for a high-quality racing facility in Kentucky. Now, the race has developed into a citywide event including traditions of entertainment and food like the Mint Julep drink or Derby Pie, which is what this recipe is based on.

I love seven layer bars, and these look pretty similar. I'd also add shredded coconut, too!

Just reading this recipe made my mouth water... I'm definitely bookmarking this for later!

I'd never heard of these before now. They look fantastic!

These look delicious. How much does leaving out the optional bourbon affect the taste?

I love pecans, but I bet this would taste great with walnuts, too!

I wish I would've seen these for this derby they look so good! Definitely will be making them for the next one. 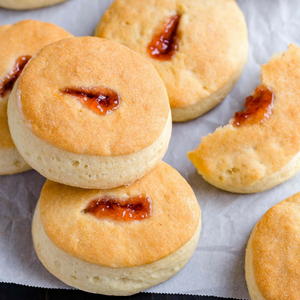 "Buttery Jam Biscuits are much like angel biscuits in they way they use both yeast and chemical leavening agents. Anyone can make them… See more