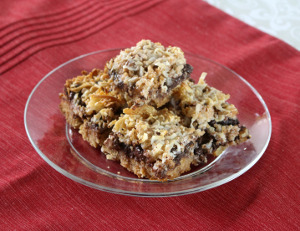 The only thing more satisfying than a decadent dessert is a dessert that combines both salty and sweet tastes. This recipe for 5-Layer Cracker Toffee Bars is unexpectedly easy to make, and the resulting bars are ridiculously tasty. A salty crust made from crushed Ritz crackers is topped with chocolate, toasted pecans, toffee bits, and shredded coconut before being baked until golden brown. You won't be able to stop after just one bite of these crumbly, gooey 5-layer bars.

Prime Publishing Marketing Analyst I tried this recipe in the Test Kitchen- delicious! These are very rich and satisfy a sweet tooth.

This recipe makes a very thick, crumbly crust. If desired, you may decrease the amount of cracker crumbs from three sleeves to two. 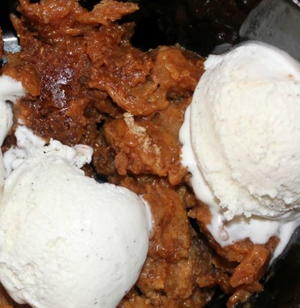 This recipe for Slow Cooker Snickerdoodle Cobbler takes two amazing Southern desserts and blends them together in a slow cooker! It… See more